The New Mexico Military Institute is one of Roswell’s oldest and most significant educational institutions. Founded in 1891, NMMI represents the only state-supported military high school and two-year college in the western United States, and its core values are embodied in the motto: “Duty, Honor, Achievement.” The Institute has also played an important role in the history of the RMAC itself, with faculty and alumni helping to organize the Museum, donating works to the collection, and serving as advocates. Yet NMMI has its own significant collection of art and historical artifacts, and these holdings emphasize the breadth and depth of Roswell’s cultural heritage.

In recognition of NMMI’s 125th anniversary, this exhibit showcases the school’s art collection. Encompassing works created by both faculty and alumni, pieces from prominent southwestern artists such as Laura Gilpin and Kenneth Miller Adams, and examples from international artists, this collection emphasizes the Institute’s ongoing interest and commitment to art as well as education. It should be noted that the works on view only represent a fraction of the Institute’s total holdings, and that the majority of the collection can be seen throughout the school’s own campus, located north of RMAC at West College Boulevard. 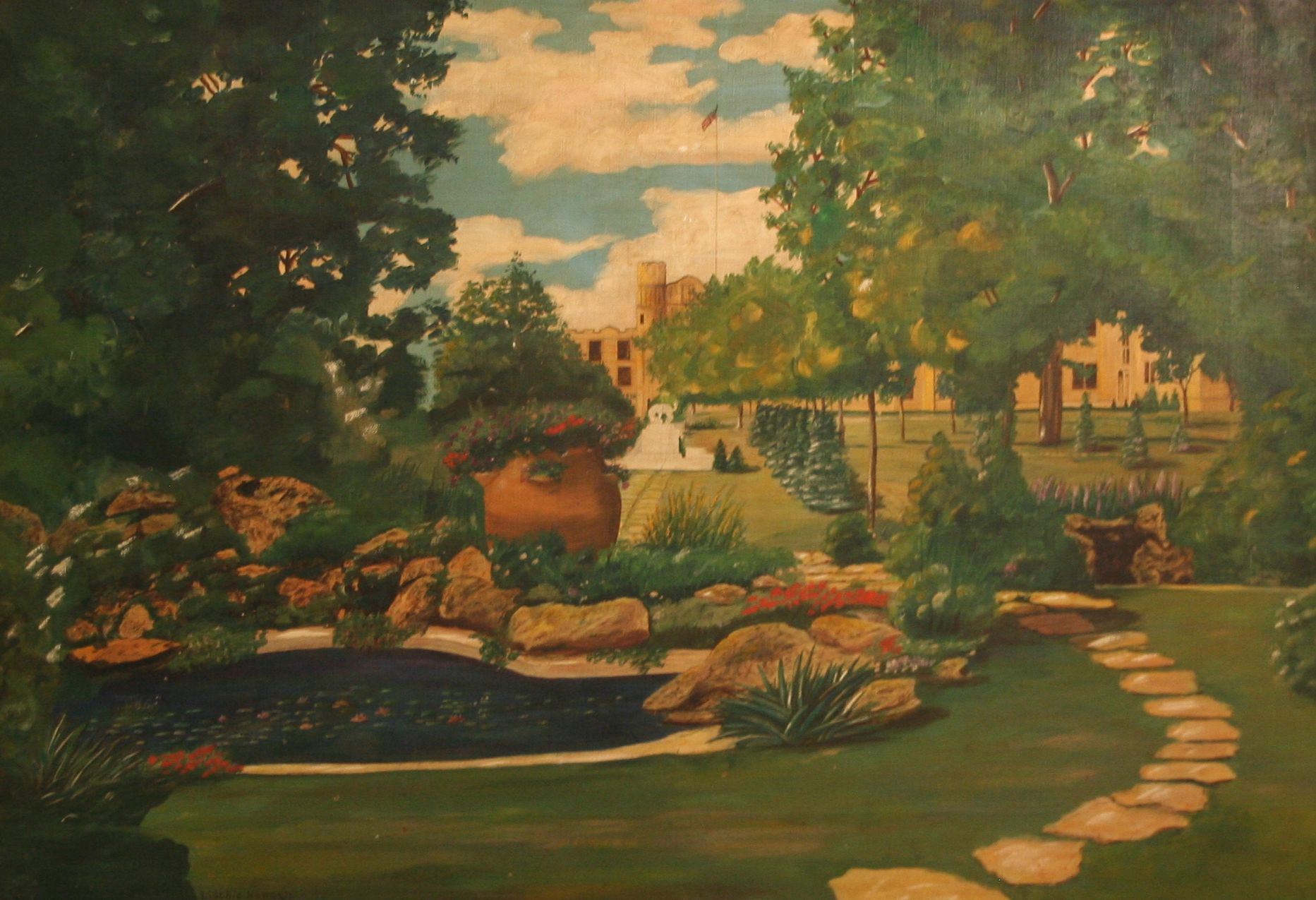