In 1898, a teenage Robert Hutchings Goddard (1882-1945), captivated by the realism of H.G. Wells’ War of the Worlds, “…imagined how wonderful it would be to make some device which had even the possibility of ascending to Mars.” He began enthusiastically filling notebooks with ideas for getting off the planet. As a graduate student in physics at Clark College in Worcester, Massachusetts, his hometown, he conducted simple tests with gun powder that suggested it was indeed possible to construct a rocket for space travel. 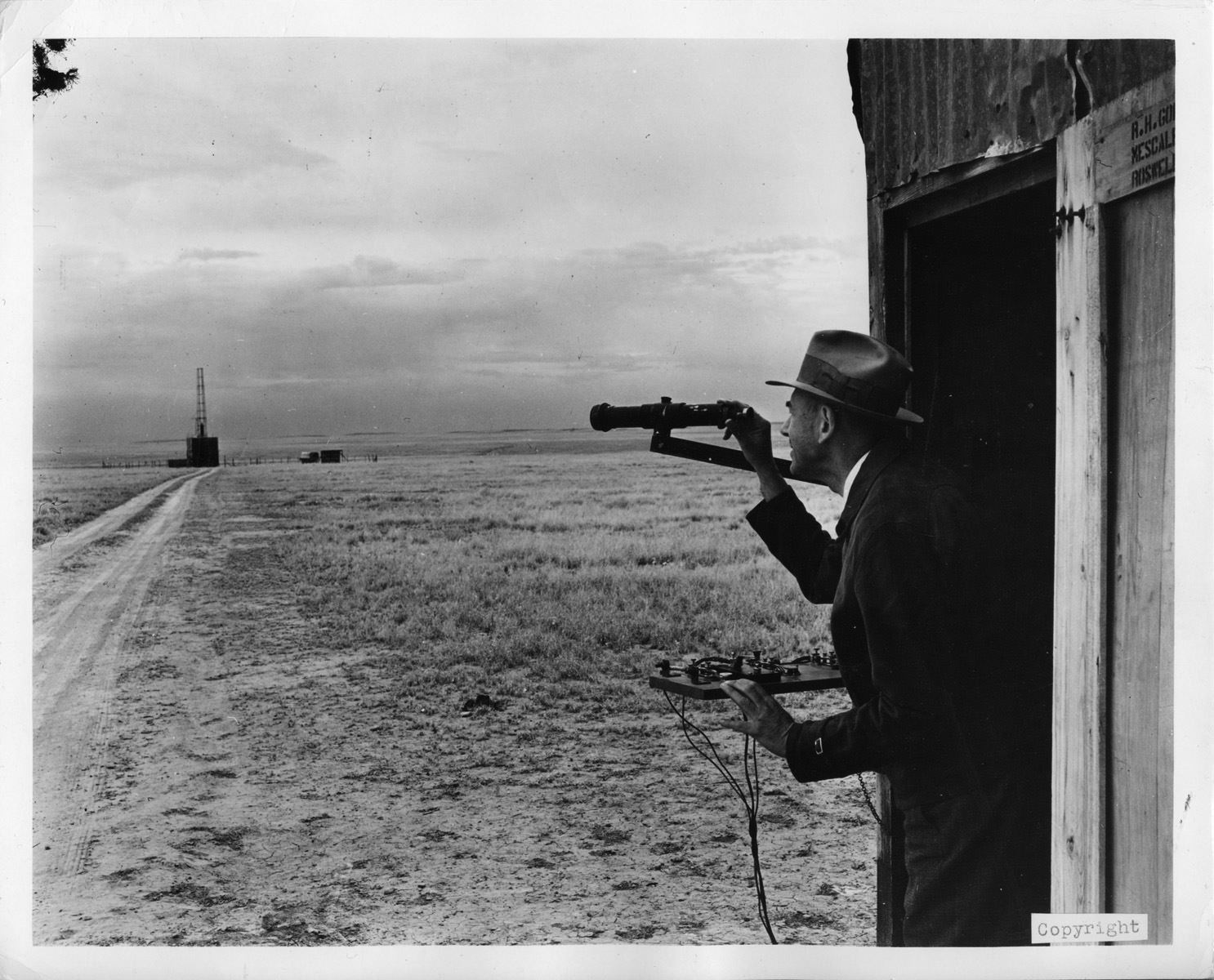 In 1919, while teaching at Clark College, Goddard published his ideas in a paper that sparked interest in the physics circles, but was ridiculed in the popular press. Embarrassed but undaunted, Dr. Goddard began to conduct pioneering experiments with gasoline and liquid oxygen fuels. On March 16, 1926, Goddard launched his first successful liquid propellant rocket at his Aunt Effie’s farm in Auburn, Massachusetts. The rocket soared 41 feet in the air and 184 feet from the tower. It was not long before these attempts drew scrutiny from the press, and the interest of famed aviator Charles Lindbergh and financier Harry Guggenheim who were interested in the potential for rocket travel. Looking for a locale to conduct his experiments that was rural and with a good year-round climate led Goddard to Roswell, New Mexico where he remained for 12 years. During this time, Goddard and his crew made major strides on practical matters of launch control, tracking, and recovery. Seventeen of fifty-six flights accomplished in Roswell reached altitudes of over 1,000 feet. In 1942, Dr. Goddard was placed on contract at Annapolis, Maryland to develop rocket-assisted aircraft takeoff mechanisms, and on August 10, 1945 he died. In 1949, Goddard’s wife, Esther, began a series of gifts to the Roswell Museum and Art Center of her husband’s rocket technology, and in 1969 the Robert H. Goddard wing was dedicated. Robert H. Goddard was a member of the Roswell Rotary Club, which has since figured prominently in the preservation of his legacy. In 1969 the Rotarians built a recreation of Goddard’s workshop; in 1995 they funded a reinterpretation of the Goddard materials: Robert Hutchings Goddard: Dreamer, Tinkerer, Pioneer. 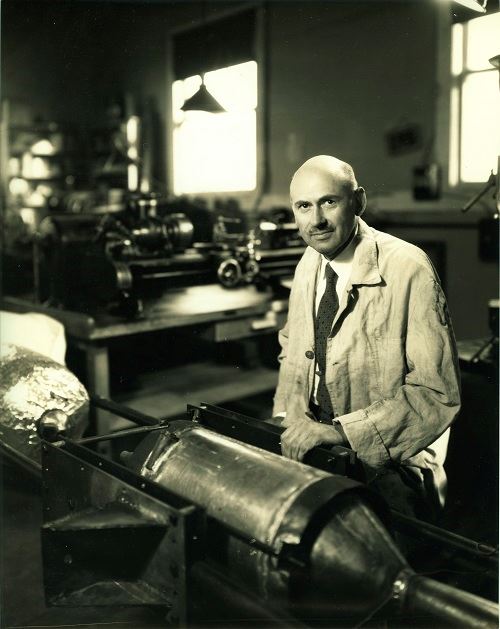 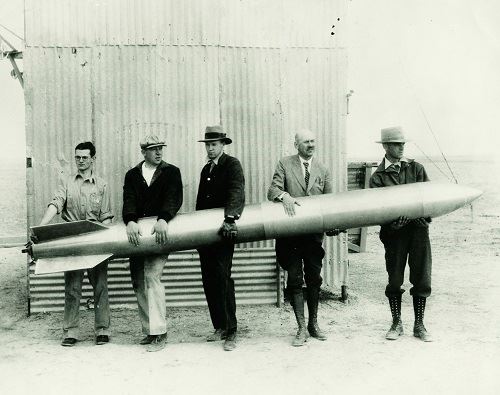