"A Machine to Live In Film Screening," 7 pm

Come to a museum-style happy hour and enjoy the new science-fiction-inspired summer exhibition: Future Shock: (Re)Visions of Tomorrow. Relax in the courtyard and get a drink at the bar with exhibition-inspired cocktails, while enjoying a street taco buffet by local chef Melinda Creamer. Future Shock features 16 national and international artists whose work explores humanity’s shared future and our relationship to science, space and technology through a variety of formats including virtual reality, video, sculpture, installation, drawing and collage. Happy Hour tickets include food, a cash bar, after-hours gallery access and the 7 p.m. film screening in the museum’s auditorium. Future Shock and Denver-based artist Nicole Banowetz will also stop in for a performance.

Drinks for sale by credit card at the bar. Only ages 21+ may purchase and consume alcoholic beverages.

About the Film
A Machine to Live In is about the imaginative and material processes of building one’s utopia. The hybrid documentary/art film documents the history of the highly-controlled modernist planning in Brazil alongside radical projects in cult and mystical architecture. The film’s attention radiates outward from architects Oscar Niemeyer and Lucio Costa’s capital, Brasília, to the flourishing landscape of UFO cults, pyramids, monuments, and futurist projects.

The film unfolds through the Brazilian novelist Clarice Lispector’s writings on the inauguration of Brasília in 1961 and subsequent interviews with Niemeyer. Her literature describes a fraught ideology embedded in the city’s concrete design and the film attempts to show how the desire for myth and reason can be expressed in building utopian spaces. It collects vignettes and stories from architects and builders as they describe their ideal cities, both real and transcendent. 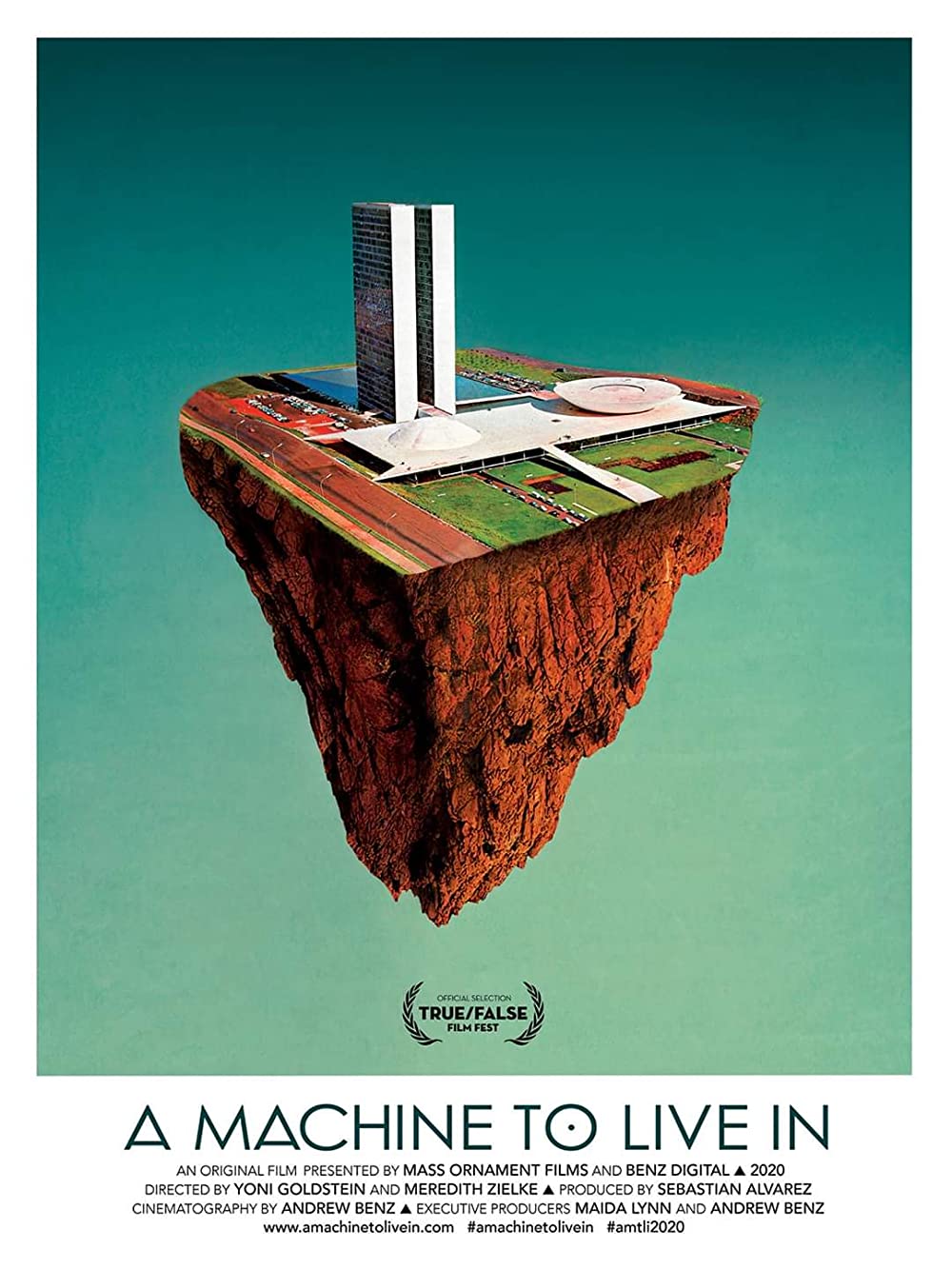