Michael Waugh | A Fable For Tomorrow

Michael Waugh was born in Cambridge, MA. He earned his graduate degree in painting from New York University in 2000; but he also has degrees in writing from Texas State University and history from the University of Texas. He has exhibited internationally for the last fifteen years and his work has been reviewed by the New York Times, Art in America, and ARTNews. His work is held in numerous collections, including the Crystal Bridges Museum of American Art and The McEvoy Foundation for the Arts. He is the recipient of awards from the New York Foundation for the Arts, The Marie Walsh Sharp Space Program, and the Pollock-Krasner Foundation.

Michael Waugh is known for intricate, representational drawings formed from minuscule handwritten words, a practice known as micrography. Waugh laboriously transcribes long texts – such as government reports or theoretical books about power and capital – into optically dizzying portraits and landscapes. To Waugh, the selection of texts and images and the relationship between the two are the conceptual heart of his work. These are worlds made of words that draw upon a historical quest for knowledge and progress – a quest often at odds with short-term expediency. Waugh also explores these themes through mixed-media installations, performances, and videos, as in “The Wealth of Nations” project, for which he has staged (and documented) public readings from Adam Smith’s seminal economic text. 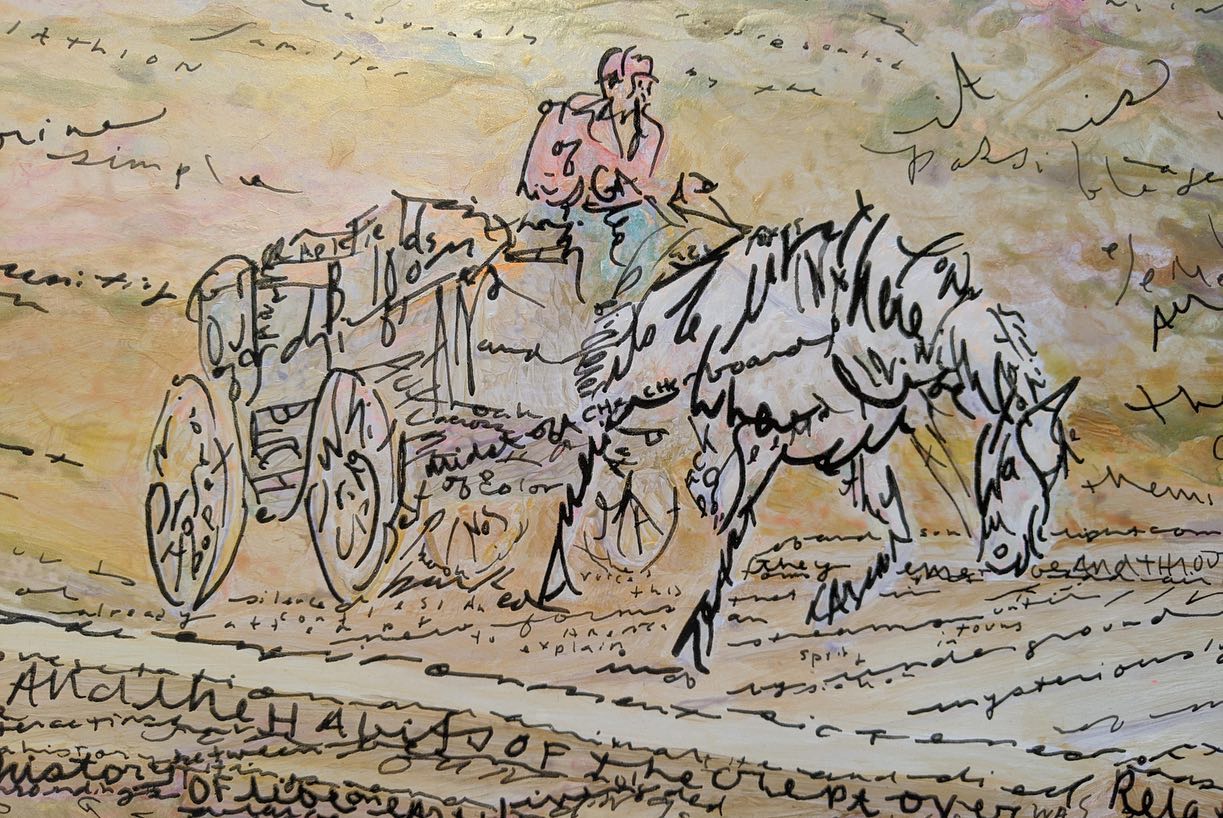