“Reincarnation Blues” by Michael Poore begins like most other books. The reader is given an introduction to the protagonist and a background of that character’s life story, personality, and surroundings. “Reincarnation Blues” is a mix of science fiction, fantasy, and with a twist of romance thrown in. The main character, Milo, begins the book as a beach bum in present time who makes a living chartering fishing expeditions for tourists. These trips turn out to be more of therapy sessions for the customer than fishing expeditions, but that doesn’t bother Milo much, just as long as the customer quickly unloads their problems off their chest so that Milo can get back to the bar before it closes. However, on his latest fishing trip it ends unlike any of his other charters: this time he is attacked by a shark.

This could be a quick end to the story and life of Milo who dies at sea being eaten by the shark, but it is far from the end. Milo is a soul that has reincarnated thousands of times. After being devoured by the shark, he is whisked away to a type of afterlife waiting room to wait for his next reincarnation. Milo has lived thousands of lives that span from the beginning of civilizations to present times and to future times. Each soul is given 10,000 lives to reach perfection or, as Buddhists would say, reach Nirvana. In each of these lives, if he has not lived the “perfect” life, he is reincarnated to another being and depending on how he lived his previous life, the being that he is reincarnated to varies greatly. 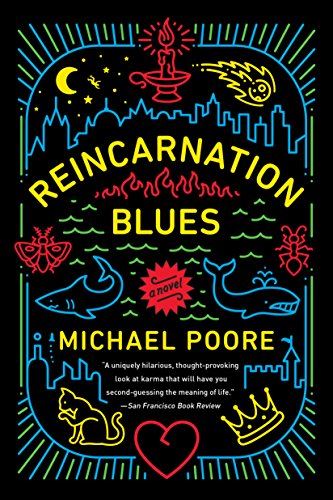