In the current state of the world there seems to be nothing but doom, gloom, disasters, and a constant wave of bad news and fear relayed to us. The library doesn’t disappoint with this trend and has a book that offers more of the same. The book, “Grave Predictions: Tales of Mankind’s Post-Apocalyptic, Dystopian and Disastrous Destiny” edited by Drew Ford offers a selection of short stories from various authors that deal with the popular science fiction subgenre of the end of times.

“Grave Predictions” is comprised of contributions from authors such as W.E.B. Du Bois, Ray Bradbury, Arthur C. Clarke, Philip K. Dick, Stephen King, and many others. One particular story is that of a scenario where the perfect world has been achieved. There is no more pollution, crime, poverty, hate, or wars. Society has eradicated all illnesses and diseases. People can now live as long as they please. This is the world that is set by Kurt Vonnegut, Jr. in his story “2BR02B”.

The United States population is set at forty million people, the number that was determined that society would function at its peak performance. The only deaths are accidental. For those that grow tired of living there is a number they can call, 2BR02B (the zero is pronounced as naught). Calling this number will arrange an appointment with the Federal Bureau of Termination to come and take you away to the municipal gas chambers to bring an end to your life.

This utopian society is a great thing for most, but happens to be a problem for one man who is in a hospital waiting room as his wife is about to give birth. Pregnancies are a rare occurrence during these times and the couple is not expecting just one baby; they are expecting triplets. This wouldn’t be a problem in the world we know today, but in this supposed utopian society, no newborn baby can continue to live unless there is a volunteer who will agree to die to make room for the newborn. The doctor asks the man if the couple has found volunteers ready to leave this world, but they only have one volunteer ready. The expectant father is now faced with the dilemma of immediately finding two other people to volunteer to die or which of his newborns to pick to live. In a world where it seems that everything is perfect, there is still no escaping the difficult choices, suffering, and misery that comes along with our time on this planet. 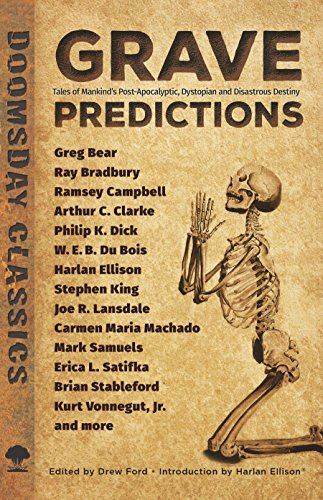