"How to be a Good Creature: A Memoir in Thirteen Animals" - Sy Montgomery

There is an old adage, which goes that humans can learn a lot about life from animals. In her book “How to be a Good Creature: A Memoir in Thirteen Animals”, Sy Montgomery puts that into practice by learning a lot about herself through her interactions with pets and other animals that she has encountered through her studies.

Montgomery is a proclaimed author, naturalist, and adventurer that wanted to study and write about her encounters with animals and relate them to life lessons. Like most young kids, a bond with animals first starts with the family pet and in this case, it was a female Scottish Terrier by the name of Molly. Montgomery grew up on a military base in New York while her father was a general in the United States Army. Living on base, there was not a fenced yard for Molly to run free. Molly was chained to a stake in front of the house, but that would not last long. One day the dog took off after a rabbit, breaking the tether and chased the animal into the nearby forest. Molly would eventually return to the house and after she began breaking free repeatedly, it was decided to let Molly roam around the base as she pleased. With Montgomery growing up with very few friends on the base and forming a strong bond with her dog, she experienced and admired Molly’s free spirit and adventurous nature. These characteristics made a huge impression on how Montgomery wanted to live life. She wanted to roam the earth, explore new places, and chase and study animals almost like how Molly had.

There are more stories in this book that explore the connections that were made with different types of animals, such as her experience in Australia with emus while conducting botanical surveys. These emus helped grow her interest in writing about these animal encounters as a living. She would soon form a bond with these emus and gain their trust. She would learn of their characteristics and their personalities. She would find that there would be more to writing about these animals than having just book smarts, but she would also have to open her heart to understand animals as more than just objects, but as companions.

Another story is with her pet pig, Christopher Hogwood. A neighbor, who had a farm close to Montgomery in New Hampshire, gave Christopher to them. The pig was the runt of the litter and would not have survived or been worth the trouble to raise for the farmer’s intended purpose, which was to eventually be sold to end up on a dinner plate. Montgomery took in the pig and cared for it, so much so, that Christopher became a bit of a local legend known for his easygoing nature, kindness, and desire for human interactions. Locals from around the area would seek out this friendly pig and save their food scraps to give to him. Even though he was the runt of the litter, with a little love and care he would grow into a normal full-sized pig and become a famous local. The lesson learned here was that “He taught us how to love. How to love what life gives you. Even when life gives you slops.” The library has this and many more books about animals written by Sy Montgomery in both the Children’s and Adult collections. 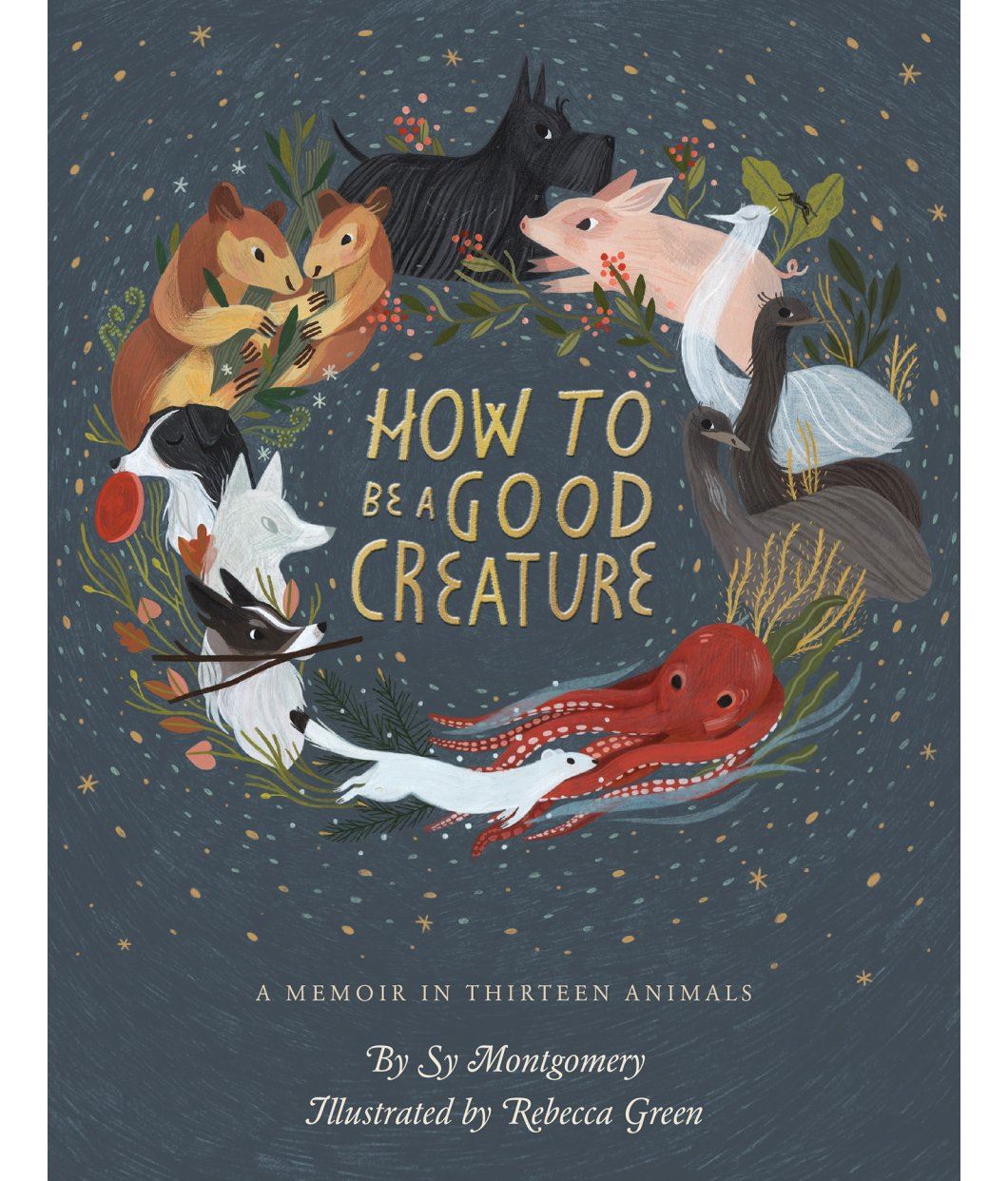