"Grit & Grace: Train the Mind, Train the Body, Own Your Life" - Tim McGraw

As a Grammy award-winning music superstar and actor, McGraw is a widely recognized force in the industry and loved by fans worldwide, but he’s also very human, plagued with anxieties and insecurities like the rest of us. Married to superstar Faith Hill, it seems to fans that he’s quite above the ordinary, but in reality, he’s always battled against the self-doubt fostered in him as a kid who grew up dirt poor, and was often laughed at for his dreams of leaving his small Louisiana town. Added to that, his legal issues with a record label, the loss of five dearly loved mentors, and the fast-paced and strenuous life on the road that resulted in the downhill spiral of his physical and mental well-being.

Finally realizing the detrimental impact of his lifestyle and choosing not to continue in this vein is the basis for “Grit & Grace: Train the Mind, Train the Body, Own Your Life.” McGraw candidly shares the highs and lows of his journey while coming to terms with needing to improve his attitude, mental focus, and physical health, resulting in the acknowledgment that one needs to “Control what you can control. Just start there.” The one thing he could commit to controlling was his body, so he kept the game plan simple. Walk. He felt it was the one thing so close to hand that there could be no excuses. Put on shoes, walk out the door and begin a new phase, one that uses the most natural of movements and has so many benefits that doctors and researchers call it a remedy for all difficulties. For many reasons, this low-impact activity is a gateway to longevity that anyone can start. Small goals, major progress.

The latter part of “Grit & Grace” has advice for tailoring a fitness program with beginner to advanced levels including walking or running, mobility, then strength and power training. This road map to great physical and mental health is detailed and illustrated for each level, so it’s easy to step into a workout without worry. Wrapping up with a section on sleep, recovery, and a simpler approach to eating well (along with favorite recipes), the author leaves us with the reminder that “only you can take the journey toward your best health and life.”

Tim McGraw is the founder and inspiration behind the health-and-fitness brand TRUMAV, has sold more than fifty million records worldwide and, with his last solo project “Humble and Kind,” has shared a message which impacted fans around the world. This book is another message that will hopefully inspire readers to begin their own journey to renewed health and wellness. 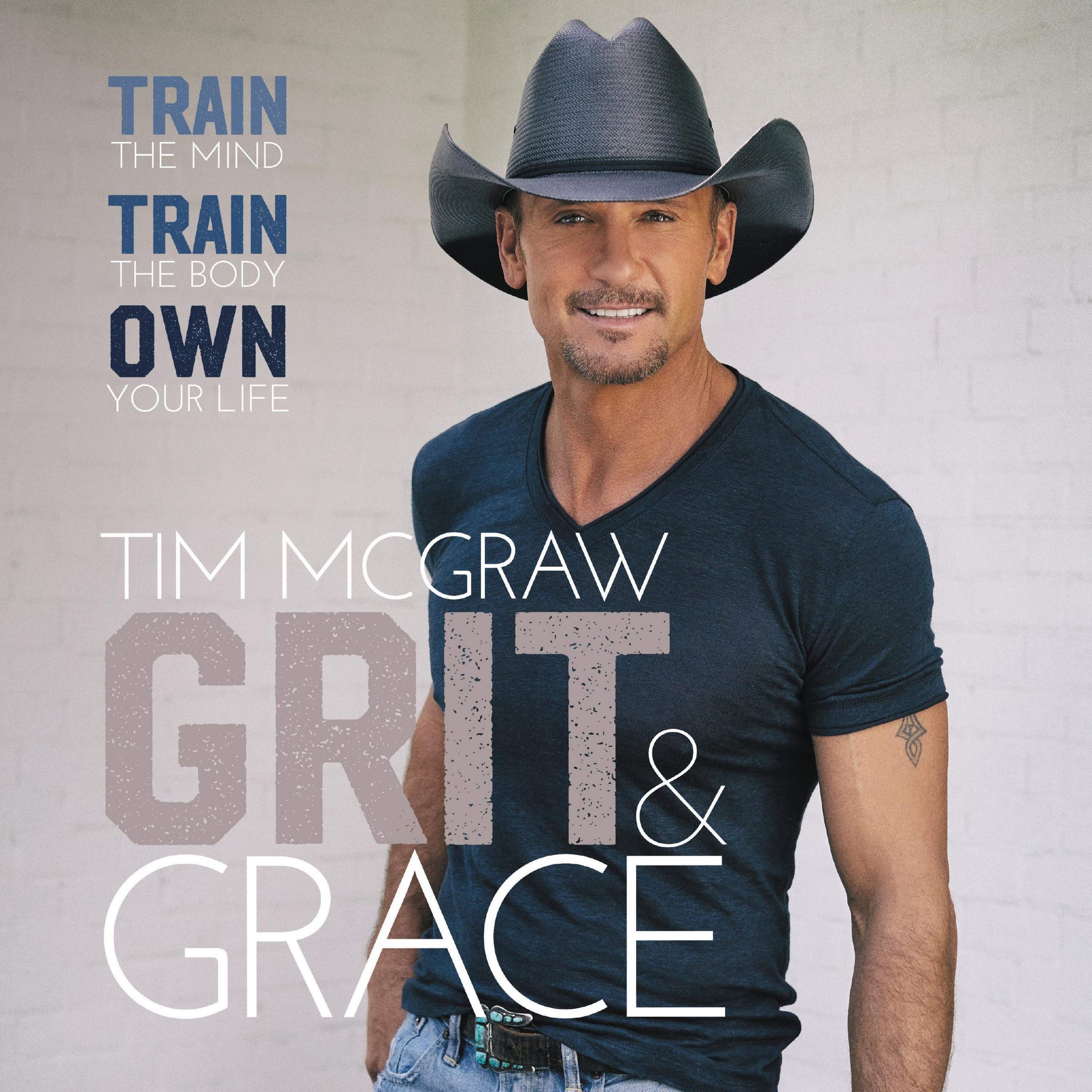