March 28 - July 26, 2020 Spring River Gallery Calligraphy is the art of decorative handwriting, and there are some stunningly beautiful examples of it throughout the world. Rather than focus on calligraphy itself, however, this exhibit will showcase pieces from RMAC’s permanent collection that were inspired by forms of calligraphy.

Throughout his life, Ulfert Wilke was fascinated by the languages of the Middle East and Asia. Eventually, he began using similar gestural marks in his prints that resemble real letters and words from these areas. They can’t actually be read, however. This may be because Wilke was associated with the Abstract Expressionists, who believed that abstract marks had enough emotional power that any literal meaning was unnecessary.

Artist Peter Bilan took his appreciation of calligraphy in a different direction, sculpting wooden curves that replicate the sinuous, continuous lines of writing in three dimensions. His piece, “Hanging Calligraphy” brings to mind a signature, the only cursive handwriting that most of us do anymore, yet in a much larger and more deliberate scale.

Through their work, Wilke and Bilan remind us of the abstract joy and beauty in written language. 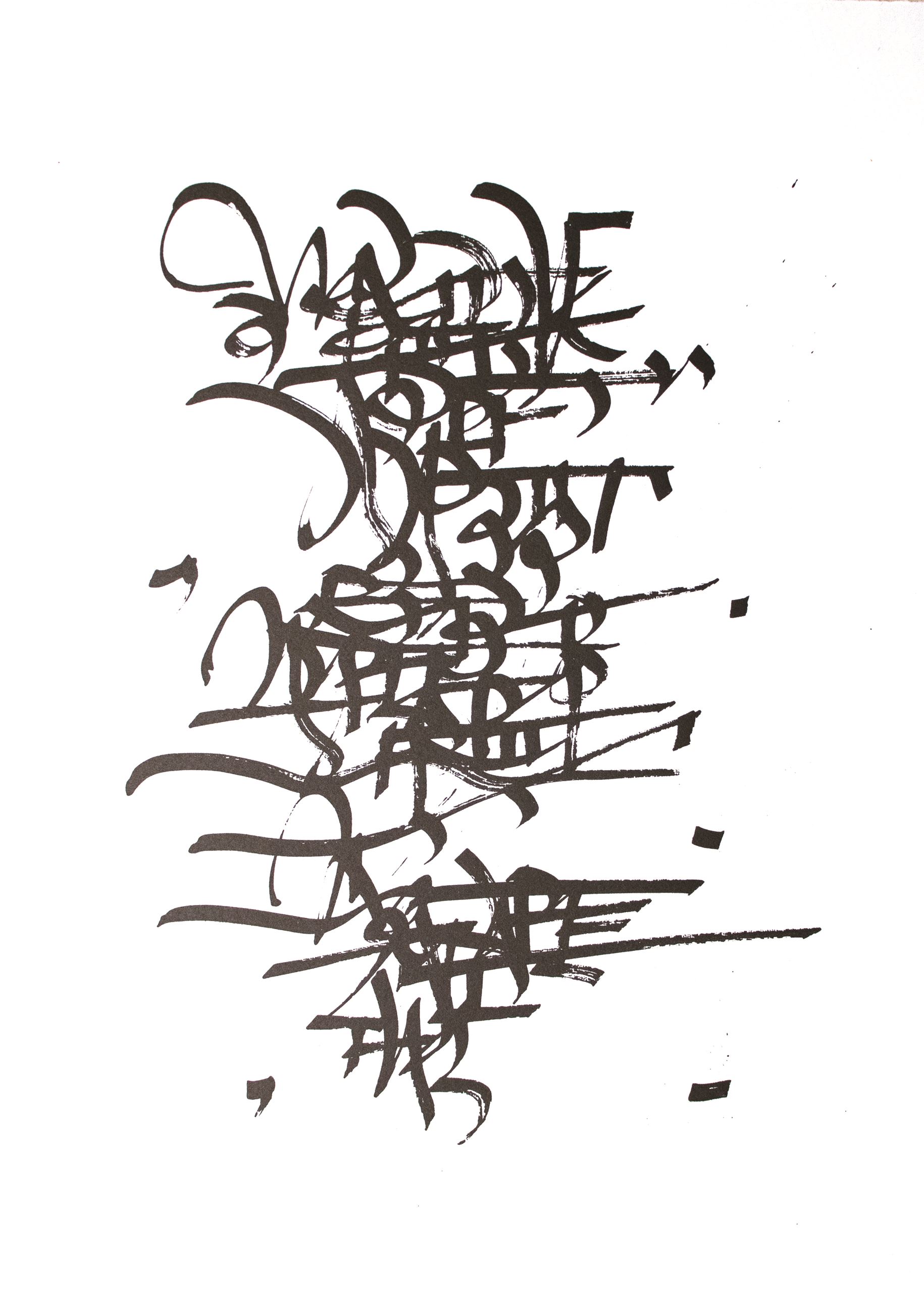