Scarlett Winters has never seemed to fit in with her family. Her ex-military father pours all his time into her older brother and does little more than tolerate his wild child daughter. The brother takes the abuse he received from their father, then sometimes takes out that abuse physically on his little sister and her mother, who tolerates this behavior and never stands up for the daughter. Things aren’t much better in Scarlett’s day-to- day life, having spent time in juvenile detention and just barely graduating from high school. Scarlett, not seeing how things can get worse, skips out on her graduation not realizing that her mother had planned a surprise party for her after the ceremony. When Scarlett finally gets home and is confronted by her father and older brother, she runs out of the house to crash the graduation party of a rich former friend, not knowing that her life was about to change forever.

As Scarlett sneaks into the ground around her ex-friend’s home, she stumbles into a supernatural terrorist plot to kill a U.S. Senator. As the terrorist bomb goes off in front of her, Scarlett somehow manages to absorb all of the energy from the explosion and redirect it safely into the sky. Not knowing what is happening she flees, hoping that no one recognized her. All of her hopes of escaping unknowingly fall apart, as the next day an old friend of her father shows up and gives her two choices.

Either go to jail charged with conspiracy in the attempted terrorist bombing or attend West Point under a special program he runs.

When Scarlett arrives, she quickly finds out that she will not fit in at West Point as a first year plebe. After losing her temper at an upperclassman on the first day, she is taken underground and introduced to the real school she has been enrolled in: The Point. This secret underground facility is more like a prison, where the cadets are under guard around the clock and only allowed limited interaction with the regular West Point cadets. In this harsher version of undergraduate life, the cadets face rigorous testing and training to make them into weapons. As Scarlett struggles to fit in, she slowly comes to the realization that she might be the most powerful student in any of the classes.

This book would be a great read for anyone who likes superhero coming of age stories. John Dixon’s “The Point” can be found in the Adult Fiction area. 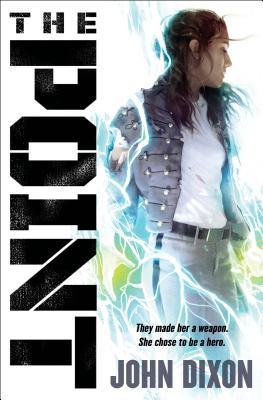