"History Is All You Left Me" - Adam Silvera

Grief is a universal human emotion, as shown in Adam Silvera’s “History Is All You Left Me.” Griffin’s best friend (and ex-boyfriend), Theo, dies tragically, with the only other person able to understand him being Jackson, Theo’s boyfriend at the time of his death. Griffin’s inability to open up to friends and family, compounded by the difficulties of obsessive-compulsive disorder, almost leaves Griffin in a stagnant, grief-stricken state that takes a lot of introspection to recover from. This book seamlessly transitions between past and present, taking readers through Griffin’s journey as he falls in love with Theo and overcomes his heartache from Theo’s death. Unlike many other stories that have characters with mental illness, Silvera handles the subject of a person living with obsessive-compulsive disorder with sensitivity. Griffin is presented as a real person with actual struggles and is never reduced down to a two-dimensional trope. He does a great job of representing gay people as having the same needs and feelings as everybody else. “History Is All You Left Me” can be found in Young Adult Fiction. 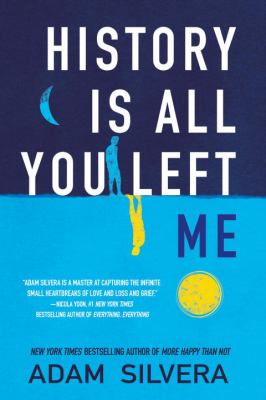