The 1950s are often remembered as conservative and calm years of economic prosperity with a focus on traditional nuclear families
and “futuristic” technology. However, it was also a fearful decade overshadowed by the Korean War, the Cold War, and worries about the spread of communism. Many of these fears found expression in the visual arts through increasing abstraction. Rock and roll took over the musical world, and the newly-defined demographic group known as teenagers invented dozens of energetic dances. Television was introduced to the general public and many people watched the same sci-fi, western, and comedy programs. Although American culture appeared uniformly middle-class and suburban, cracks began to show in the emerging civil rights movement and the end of school segregation. Showcasing period music and a new slate of artworks, join us as we hop forward to the fifties. 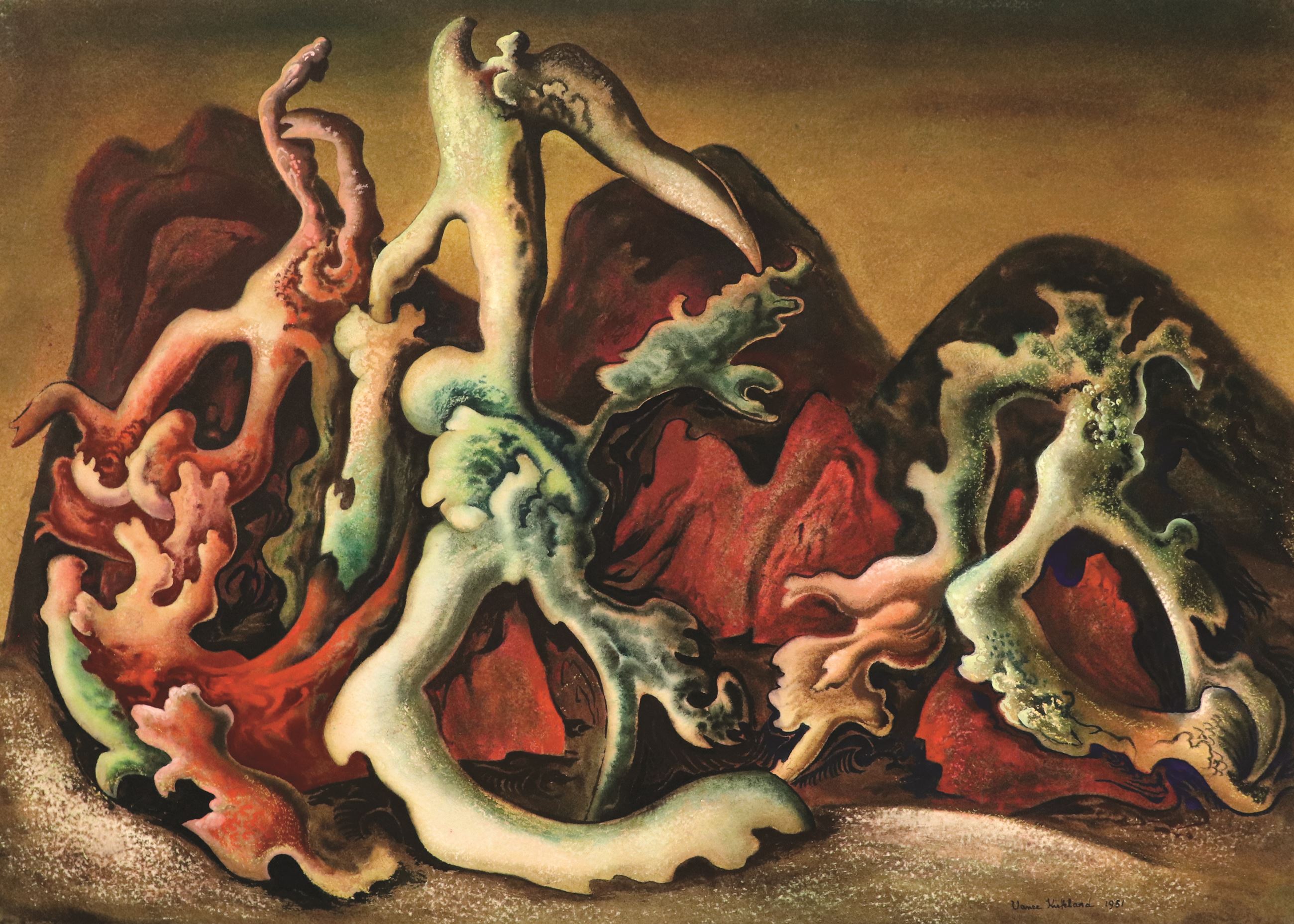