In Love Letters to the Poorly Regarded, Joshua Hagler presents a group of new paintings, each addressed to specific individuals such as Tonya Harding, Zachary and Nicholas Cruz (Parkland school shooter and his brother), and even his own great great grandfather Arastas.
Several large canvases around eight by nine feet depict a range of subjects from Harding’s famous triple axel to the Cruz brothers hugging each other in a police interrogation room. Hagler layers history, politics, and mythology in the work, literally stripping away layers of paint to reveal the history of the painting itself.  In Longlegs, a large mixed-media canvas, the artist references an early photograph of Arastas who is known to have purchased a Cherokee woman to be his wife. The Native American myth of the Great White Long Legs, who is described by the wandering spider Iktome as having legs full of cleverness, but no wisdom, is layered into the work and informs the artists’ imagination of his forebears.
Hagler’s “love letters” lean into those he imagines few would want to be associated with but toward whom he is inexplicably drawn.  The move rejects intense Art World expectations that art should abide approved ideological frameworks, proffering instead that art ought to resist merely reaffirming safe political convictions, even if it means implicating oneself.  The work does not try to justify its subject matter, but rather seeks, more simply, to touch it. 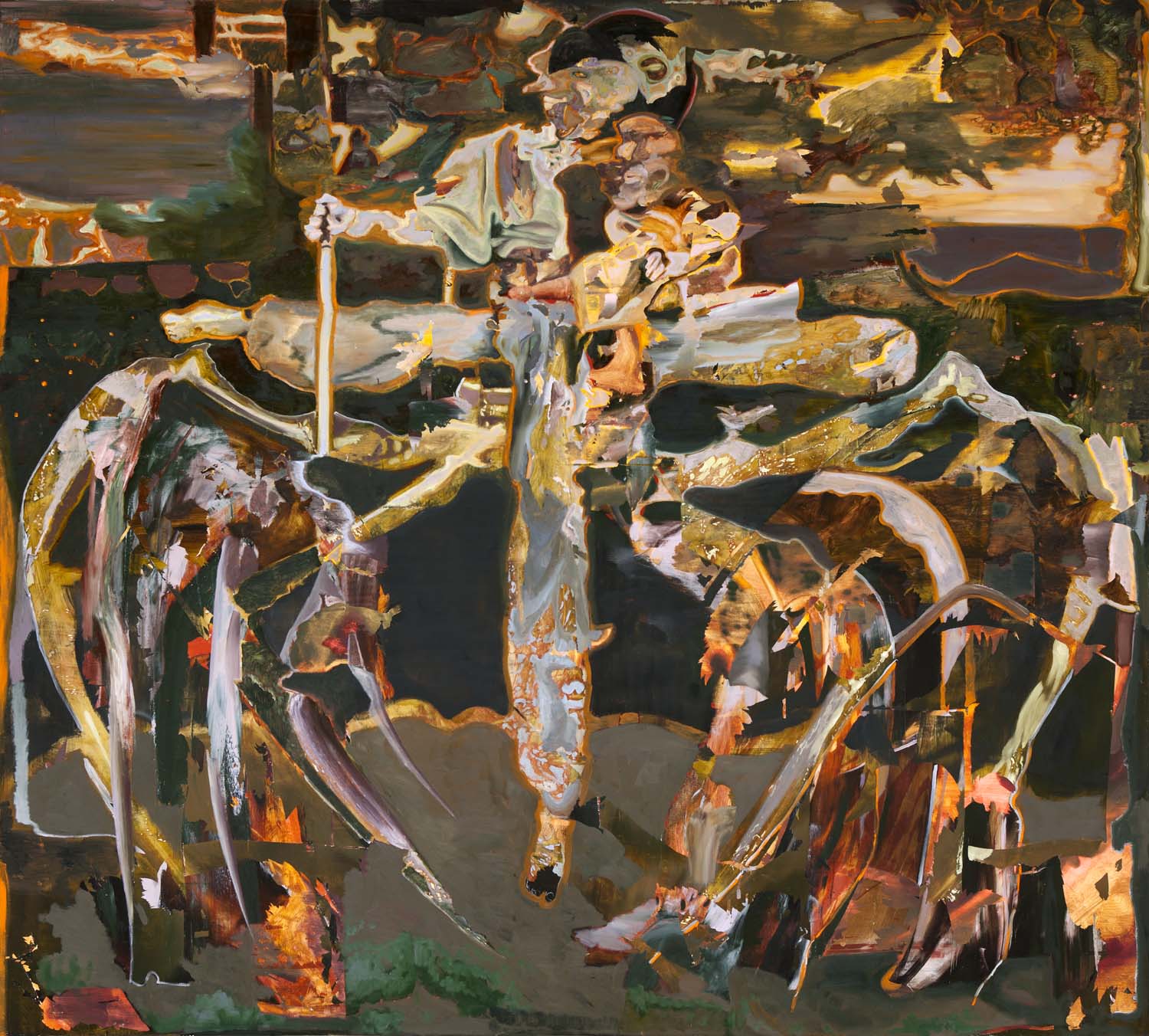